ATH-ADG1X is the latest gaming headset from Audio-Technica, a highly regarded company in the headset and headphone market.

While many headphones designed for gamers are attracted by the striking design and implementation of virtual surround sound, Audio-Technica decided to focus on what it does best: comfort and sound quality.

Audio-Technica has created the best solutions for musicians, audiophiles, and just lovers of good music for over 40 years. The company’s assortment includes both inexpensive models and costly, premium headphones and headsets. People familiar with the brand will not be surprised at the rather high price for a gaming headset because they understand that the company is asking for this money for a reason.

Many are likely to choose simpler and cheaper competitor solutions, such as the HyperX Cloud Stinger or A4Tech Bloody M615, which cost a fifth of the cost of Audio-Technica ATH-ADG1X.

Audio-Technica ATH-ADG1X is a serious headset. It looks nice, simple, and effective, not like competitors who want to illuminate the whole room at night with their own lights or look like they were created for Darth Vader’s weekend.

The acoustic design of the headset is open. This greatly distinguishes it from competitors, which in the vast majority of cases have a closed design. Each cup has a metal grill that not only looks great but also carries a functional load to protect the inside of the headset. Some internal details are visible through it. The open design allows you to expand the panorama of audible sound significantly. It becomes noticeably airy, surround. This is a great solution for a gaming headset, so you will be more effective than your opponents to navigate the battlefield. There is a small minus of this solution – you will not have any sound insulation from external noise, just as everyone near you will hear all the sounds from your headphones.

The headset is equipped with an impressive 53 mm. drivers, while most competitors use conventional 40 mm models.

The earpads are not made of leatherette but velvet fabric. They are much more pleasant to feel on the head; besides, your ears will not sweat at all even after a long gaming session.

On the left cup is a microphone on a flexible bar. It can be bent in any direction of your choice. The microphone is narrowly focused, so if you position it correctly near your mouth, your speech will be clearly and clearly captured. The surrounding noise will affect voice recording minimally.

The headband is made using proprietary 3D Wing technology from Audio-Technica. The bottom line is that the headband’s metal arches have a constant size and pressure on the ears, while the soft wide headband stretches and adjusts exactly to your head size. Thus, you always get the expectedly high-quality fit of the headphones and an excellent level of comfort. You do not have to adjust the headphones from time to time since they will begin to put too much pressure on the head’s crown. When using the 3D Wing headband, this is impossible.

For professional players, and for those who like to play MMORPGs, one of the main qualities of gaming headsets is comfort. The headset should not distract you from the gameplay for many hours. Not all competitor models are capable of this.

I can safely say that thanks to 3D Wing technology, the ATH-ADG1X is one of the most comfortable that I have ever used. You can sit in it for hours and not feel any discomfort at all. Amazing feeling.

ATH-ADG1X is a wired headset. It has a built-in hardware volume control, as well as a microphone mute button. Be careful. The mute button is called “Mute.” Usually, these are the buttons for instantly muting the sound, but in this case, the microphone is muted.

The headset’s own wire is 1.2 meters long. If this is not enough for you, there is a 2-meter extension cord in the kit. The total length should be enough for any connection. The wire itself is thick, reliable, pleasant to the touch. Unless you specifically try to tear it up or damage it, I’m sure it will serve for many years without any problems.

The manufacturer claims that the headset can reproduce sound scenes of any complexity with extreme accuracy and care. Check if this is actually so.

For the test, I chose the game Battlefield 1, an excellent shooter with a stunning sound design, where accurate sound reproduction not only improves your immersion in the game but also can give you a competitive advantage.

ATH-ADG1X worked wonderfully. The sound literally changed, became very capacious, resilient, and detailed. I was afraid that the open type of construction could adversely affect the reproduction of low frequencies, which are important for games. But this did not happen. On the contrary, the bass got rid of the hum and became clear, crystal clear, and resilient. Listening to the sounds in the game, I had to get used to them again because they sounded at a new level of quality, which was not available to me.

As I mentioned, Audio-Technica ATH-ADG1X does not have such a function as 7.1 virtual surround sound, which is often emphasized by other headsets, but to be honest, this is not such a big drawback. For the headset to adequately and well create 7.1 sound, advanced technologies must be applied to it. Still, most headsets use outdated or simplified algorithms, which, of course, create some semblance of volume, but their positioning accuracy is not much higher than that of the ordinary stereo headset. In turn, the ATH-ADG1X builds an excellent surround stereo scene, and, at times, it began to seem to me that I had virtual surround sound on, even though it wasn’t. I easily navigated in the playing space.

As many developers are beginning to use binaural technologies in their games (particularly for games in virtual reality), virtual surround sound may soon become a controversial decision.

Binaural sound needs only a stereo headset – and this, of course, Audio-Technica ATH-ADG1X.

We also tested music with the ATH-ADG1X, and the results were again gratifying. Even if you play less often but would like to buy headphones for games and music, the ATH-ADG1X is a great solution.

Finally, we tested the microphone in the game, on Skype, and recorded the sound in Windows 10. The sound was clear and understandable and, as a rule, of excellent quality. Try not to be in a noisy room for better quality, the microphone is not equipped with a noise reduction function, and your interlocutor will hear what is happening around you.

The Audio-Technica ATH-ADG1X gaming headset is an expensive choice, and for many people, the price will be a deciding factor. If you are looking for headphones to play sometimes, the ATH-ADG1X is not for you. 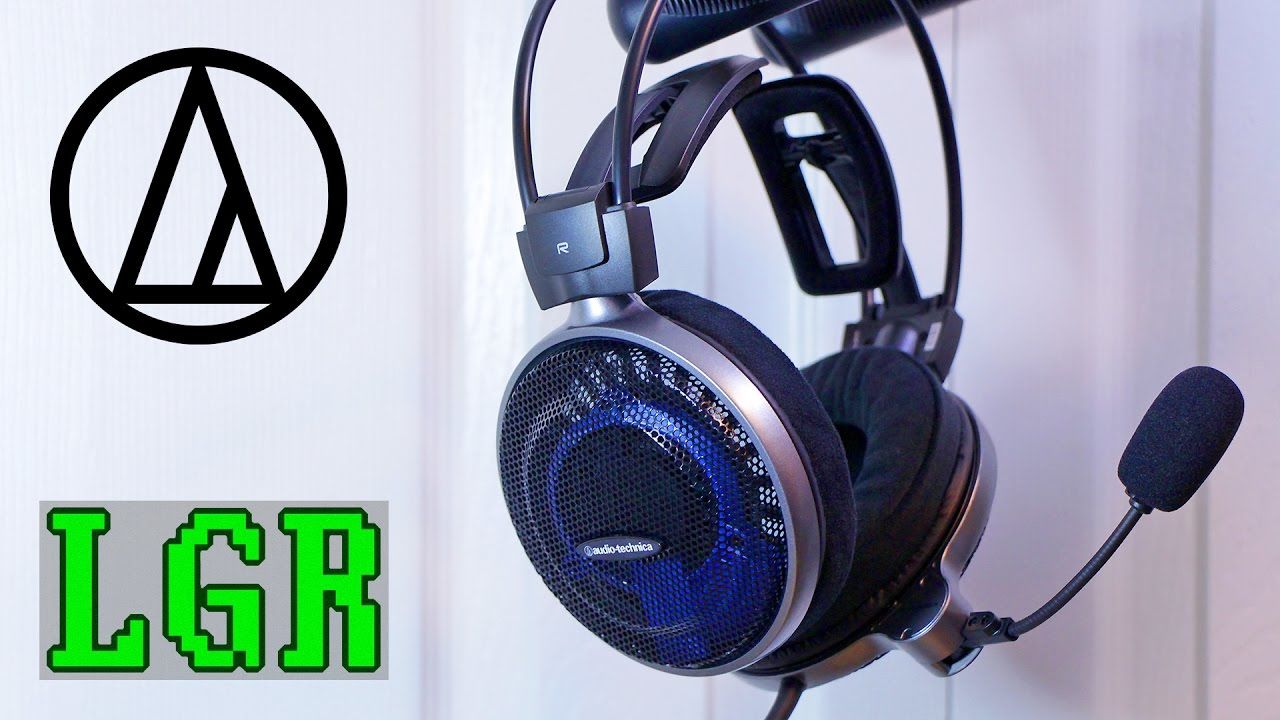 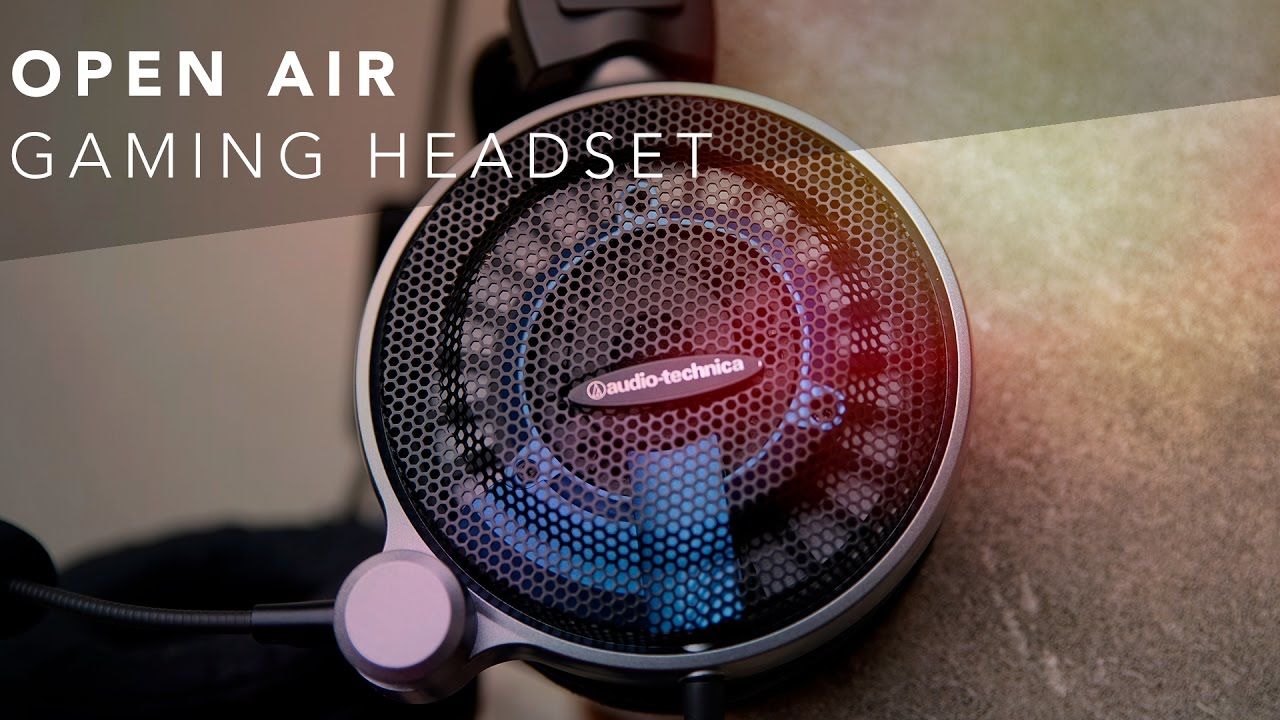 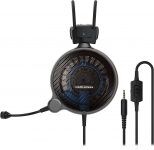